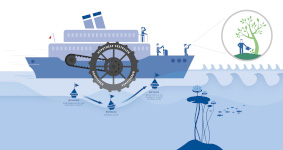 Change is everywhere in modern organizations. Those organizations that find it easy to change succeed, the others suffer. Life in modern companies is signified by fast and frequent changes. Be it agile transformations, digitalization, new tools, new technology, new methods, new processes (and much more) - there are are many powerful drivers for change in a modern VUCA-World While the stories of painful and failed transformations and changes are abundant, there are organizations who successfully change seemingly without all the pain usually associated with it. What makes their changes much more likely to succeed? And how make they change appear easy? Together with a few colleagues at bbv Software Services I took a dive into the topic and we came up with seven major factors that contribute to successful and lightweight change.

What makes a change successful?

Successful changes have a clear, well communicated target that is explicitly measurable. They affect where and how they should so the side effects are minimal. The affected people accept the urgency and the way the change is brought about for it to be implemented successfully. High sustainability of the change is achieved if the it is experienced positively and consequently actively supported by the people affected by.

The seven factors for success 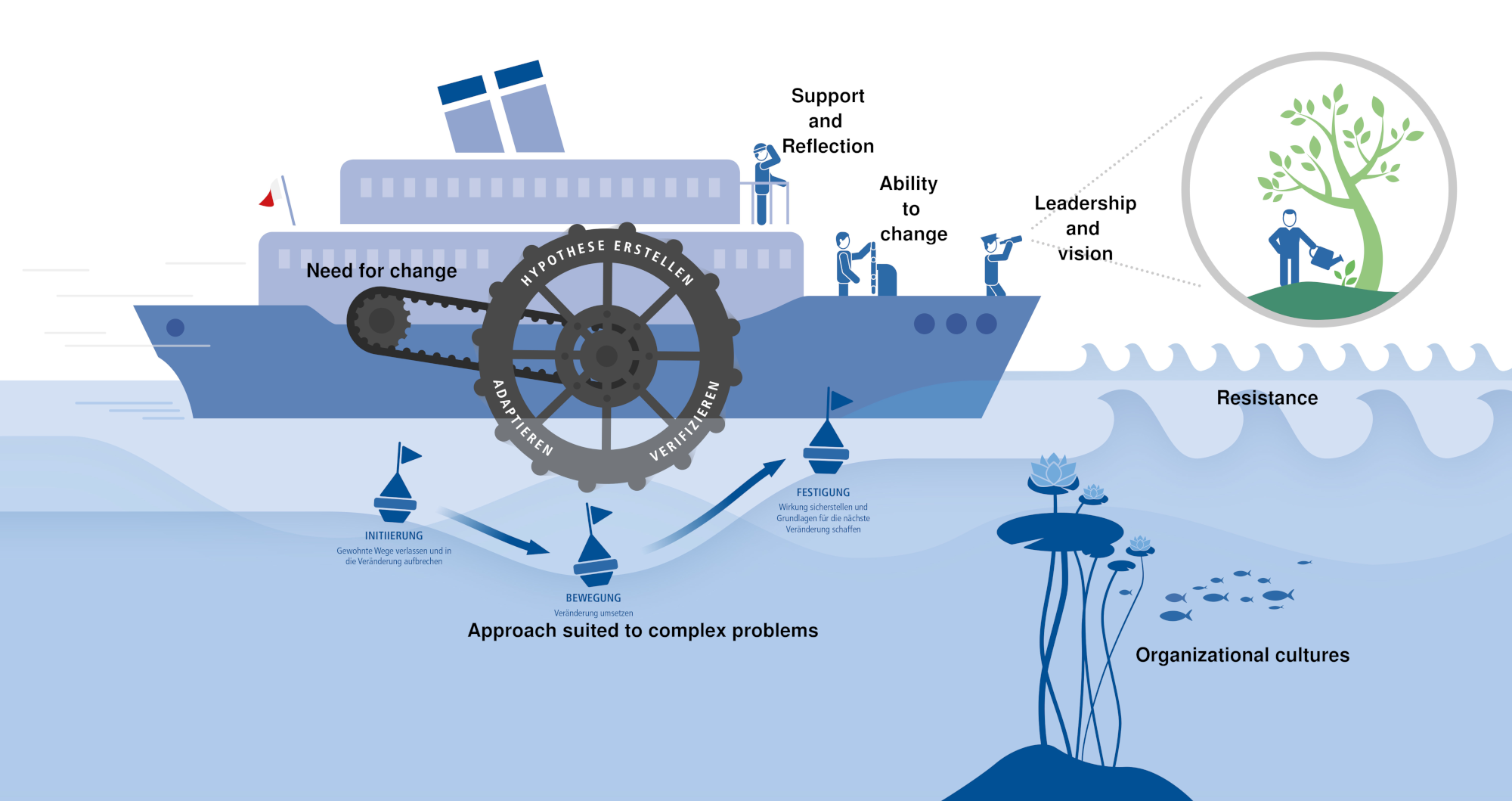 In order to bring about successful change we identified seven interlinked factors that affect the success criteria. They are: 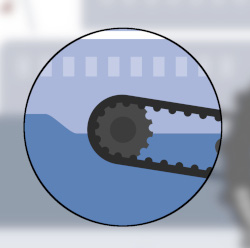 Formulating the need for change as a concise problem statement is the central anchoring point for any change. Explicitly showing the gap of “as is” to “as should” is necessary, to transport an accepted justification about the coming change to the people affected. The “Why are we changing?” is much more important than the “what” or “how are we changing?”. While describing the non-optimal effects felt by the current situation is a good start focusing on the root causes of current situation problem is what prevents the effects of the change to be only temporary or being reversed in a short time. 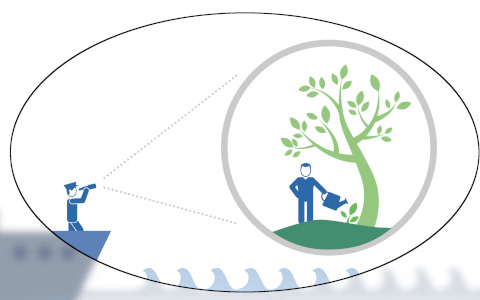 The leaders of any change hold a tangible vision that closely relates to the need for change. By plausibly illustrating how a desired target state will look and feel like the leadership creates a focal point for those involved or affected by the change. Once this focal point is established regular and good-willed guidance towards it is what successful leadership is about. People are led by other people, not by anonymous roles or catch-all groups, so not being able to name the actual people is a big sign of weak leadership. As a core skill, strong communication is a must for any people in the leadership clique. 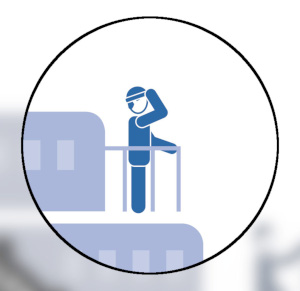 The need for change and an appropriate and competent leadership are the content authority for any change. In order to support facilitating of the change, a coach that is not directly affected by the change is a must. This allows the leadership to focus on the vision and provides an unbiased point for reflection. This can be external coaches but this does not have to be always the case. It is however important that whoever fills the role of the change coach is visible and accessible to the people affected by the change. 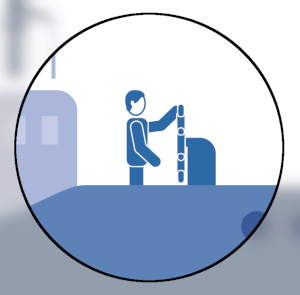 If the need for change is one side o the coin, the ability and will to change is the other. Before a change can be enacted it might be necessary to build up any skills needed for it first. This might take the form of special training for a tool or method. Closely related to the ability to change is having the will to change. By building the necessary skills along with a broadly accepted and understood vision people are motivated that changes are opportunities for a better future. 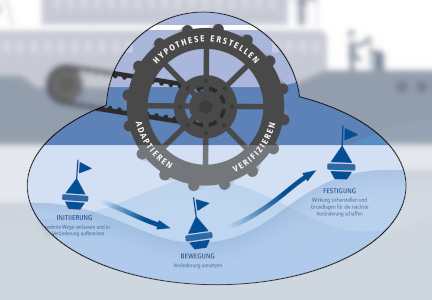 Organizational changes are complex problems, meaning that cause and effect are not fully predictable and might only be observable in retrospective. As such an iterative, exploratory approach of hypothesis - verification - adaptation is a must. Fast cycles of leaving the status quo, enacting the change and then finding stability again are the way to react to changes and verify the original hypothesis.

As opposition to the ability to change there is resistance to change. Encountering active resistance means that the change is felt by the people affected, which is a good thing. The absence of any resistance during a change should be taken as a hint that the change is either not having an effect, is stalled or is affecting at the wrong place. Resistance usually roots in valid beliefs and concerns, so it has to be taken seriously. Seeing it as a welcome challenge to reevaluate and check the alignment between the need to change and vision helps bringing the change forward. Actively participating in the discussion about the concerns of people ensures that resistance becomes an insurmountable impediment to change. 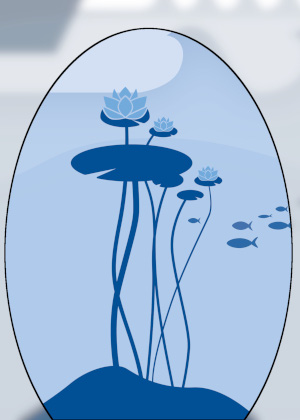 Organizational cultures are hard to describe and are often a major factor for a change to be sustainable in the long run. Being keenly aware where a change might challenge the organizational culture is paramount. On the other hand recognizing established norms and values and using the existing rituals and symbols to bring a change about is of much help.

The seven factors in practice

The seven factors are not a traditional checklist to be checked of once and then its done. Rather they provide a canvas support reflecting about an ongoing change and help preparing the next move. The factors are closely linked and influenced by each others so adapting one will usually have an effect on the others. Applying system thinking and using the factors as a base to describe the systems in play is a good start to bring change to your organization.