The currency of getting things done 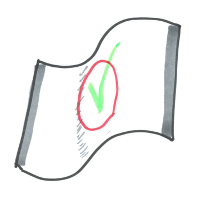 Let’s look at this like a mini economy, where getting ones concerns being put into action can be bought by spending arguments. The amount of arguments for your cause would be the amount of cash you have at your disposal, while the content of the arguments would be the currency the cash is in. So as in real life some currencies carry stronger than others while others are so inflated that no matter how much cash there is, the buying power is almost zero.

Most companies or organization has some form of killer-arguments that get things going. Maybe it is pointing out the urgency, maybe everything has to be innovative or maybe it is just “That it’s on the strategy paper”. I call this the “currency of getting things done”. Paying a small amount in the right currency is often worth more, than investing a huge effort in an inflated one.

There are many different currencies around and often the lines between them are often blurred, but the following six belong to the most common ones:

The more equal the different currencies the more diverse the things that a company can accomplish. The more imbalanced, the more skewed and one-sided are the kind of actions a company will do.

Different roles or departments in an organization will have their natural “spending power” in different currencies. An R&D department will probably deal mostly in innovation, while sales often is high on urgency. On the other side it might be the case that certain people might find themselves unable to spend anything in a certain currency. A support department might find it hard to spend follow the plan when being very busy at executing their core business of overcoming chaotic incidents.

A company with a healthy internal economy of getting things done is a) keenly aware of the current exchange rates and b) there is no currency dominating all the time. Having short term fluctuations is often normal and usually depending on the current context of an organization. During the end-of-the-year-delivery-rush of a hardware supplier, urgency probably becomes a much higher quotation than innovation while the during the lull of the summer months innovation might be currency to bring to the table. A healthy company is aware of this fluctuations - and maybe even able ta very o predict this marked change - and strives to equalize the currencies over time.

Even though artificial inflation can and will happen, every currency has an underlying “real value” determining it’s spending power. Realizing what the underlying real value of the currencies are, is a first step to be able to equalize the market and spot artificial inflation. Is innovation dominating because the organization is trying to open new markets for its products? Hierarchy might profit from a military-like command and control structure and follow the plan gets boosted from general risk aversion and long planning cycles. Knowing the underlying values will help giving a hint of whether a currency is over-inflated or too strong. If the relation of the currencies and the base value does not correspond, one is often left with the feeling that either the wrong reasons were made or that at least the reason for the decision making where wrong.

Examples of currencies and possible base values

Recognizing and balancing the underlying values will have more leverage and longer lasting effects than influencing the currency directly. If the relations between the currencies does not correlate with the balance of the underlying base values the marked is skewed and currencies get artificially inflated or deflated. The result is often people feeling that the wrong actions are taken and that the performance of an organization is lowered.

Being able to recognize the mechanics of “how things get done here” will help to more self awareness as an organization which in turn will be a good step to improve. Apart from getting a good mix of concerns put in action, it can also have an influence on the work climate and motivation of the people inside. Being unable to get something done, because one just is not paying in the right currency can be very frustrating. Whenever the feeling of being busy but not achieving anything creeps up it might be that the marked is skewed in the wrong direction and the value of the currency is not matching the value of the base value. Knowing the base values and currencies and being able to match them to the strategic orientation of an organization will help being successful as an organization.

Of course the analogy of buying power for ideas and decisions only goes so far, but it can be a good way to explain organizational behavior to the people within.