CMake can be hard to figure out. I love CMake, but unfortunately, its documentation is more focused on completeness than on providing hands-on-examples. Since I found it hard to find a comprehensive example of how a header-only library can be set up, I decided to provide an example of a CMakeLists.txt file for such a library here and analyze it line by line. The example is taken from SI, a header-only library that provides strongly typed physical units. In order to keep the CMake file as small as possible, a few possible optimizations are omitted. Notably, I stripped any information relating to testing out of the project. 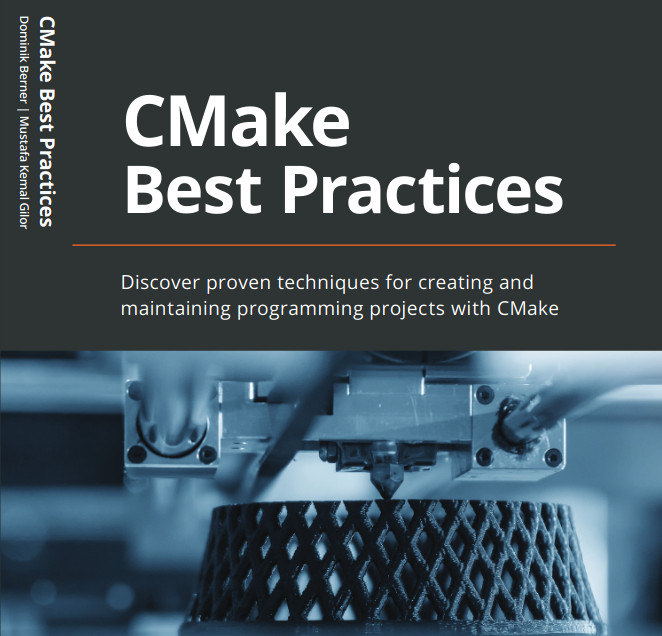 The usage of our header-only library should be as simple as calling find_package and then using target_link_library on it. See here for a full example

In order to make the interface library usable, the following things have to be done.

Setting up the project

The first line of all CMake files is the minimum required version. Here I used version 3.12 Generally I try to pick the lowest version number that supports all the features I’m using. As SI is using C++17 features, I chose 3.12 because it supplies the necessary keywords and allows to define targets without specifying the source files upfront.

The next line denotes the name of the project "SI" in our case and the version (1.0.1) of the package. Generally, usage of semantic versioning is recommended. Then there is a package description and the link to the project homepage, which is the github repo in this case.

Since this library will be platform independent but still be installable following best practices, before we wet anything up, we include GNUInstallDirs (included in CMake) which will provide us with a set of variables containing installation directories for various artifacts. The variables will be used later.

Defining how to “build” the header-only library

add_library tells CMake that we want to build a library and to set up the logical target with the name SI. The target name is important to remember, as all further options for building and installing are tied to it. The keyword INTERFACE makes our target a header-only library that does not need to be compiled.

So far the target of the library is set up, but it does not contain any files yet. target_inlcude_directories lets us add them. The first parameter SI is again the target name, next the keyword INTERFACE tells CMake that the files are to be exposed in the library interface, which means they are publicly visible when using the library. What follows is a list of include directories wrapped in generator expressions. The Generator expressions are evaluated at the time when the build system is generated and allowed to have different values for when the library is used directly over CMake or when it is installed.

$<BUILD_INTERFACE:SI_SOURCE_DIR}/include> tells CMake that if the library is used directly by another CMake target (such as when building tests for the library or when it is included as a subdirectory), then the include path is ${PROJECT_SOURCE_DIR}/include} which is a nested variable. ${CMAKE_CURRENT_SOURCE_DIR} contains an automatically generated variable that points to the directory in which the CMakeLists.txt that is currently passed lies. This expands to /directory/that/contains/CmakeList.txt/include

As the code of the SI-library uses some features of the C++17 standard, this dependency is passed along using target_compile_features. This specifies compiler features to be enabled in a compiler-agnostic way. Again the target is the by now familiar SI and the keyword INTERFACE again marks this feature to be exposed and required when using the library. cxx_std_17 is the catch-all feature to enable the whole C++17 standard, here individual features such as use of constexpr or auto could also be specified.

If a compiler does not support the specified feature, building the library will fail.

By this point, the project itself is set up and can be built locally. However, it cannot yet be installed in the system. For this, we specify where to install by using the install command.

First CMake needs to know which targets to install so the library target is passed as TARGETS SI. The EXPORT associates the installation with an export-form named ${PROJECT_NAME}_Targets, built using the variable ${PROJECT_NAME} that contains the project name. This export is defined later in an install(EXPORT...) call.

Next, the folders for the installation artifacts are set. The folder names are relative to what the user defines in the CMAKE_INSTALL_PREFIX variable.

The target paths are again provided by GNUInstallDirs

The next two lines are a shortcut to avoid having to write the boilerplate CMake code to manage version comparison. First, the CMake package containing the macros parsing versions is included. This is delivered with the standard CMake installations since 3.5. Then the macro write_basic_package_version_file is called and instructed to create a file SIConfigVersion.cmake. The version specified is the one supplied in the project directive at the beginning of the file and since semantic versioning is used versions of the same major digit are considered compatible.

After setting up the version, another CMake macro configure_package_config_file is called, to generate the configuration file which CMake uses for using an installed package.

All the placeholders marked with @ in the input file are replaced with the explicit values and the file is written to the target .cmake file. By specifying INSTALL_DESTINATION CMake is told where to place it when creating the installation artifact. Usually these go to /usr/share or similar, but since the exact path is provided by GNUInstallDirs we do not have to care. The ${PROJECT_NAME} variables are placeholders and contain the name specified in the call to project().

Selecting targets and files to install

After setting up the configuration for installing the library, the files to be installed can be passed to CMake by using the install function.

The created .cmake files containing the build configuration and information about version compatibility are to be installed to the install folder as well. By providing the FILES keyword a list of files is given to be saved in a folder specified by DESTINATION.

Finally, the header files are copied to the installation folder. For header-only libraries usually, all header files are supplied, so instead of providing individual files, the whole include directory is copied using the DIRECTORY keyword.

After setting all up the library can be built and installed like this:

For using it, use: